5 online gambling firms charged with advertising to children in UK 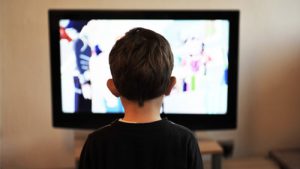 In a crafty sting operation, the UK’s Advertising Standards Authority (ASA) has found five online gambling firms in violation of the country’s rules for targeting ads at children.

The Guardian reports the authority went about their investigation by creating child “avatars,” or in other terms, they browsed the web in a manner similar to an underage person would. They then tallied the gambling ads they would see, and tallied the results.

Over two weeks, they saw ads from 43 online operators on public sites. Maybe most glaringly, 20 YouTube channels and two dozen children’s websites had gambling ads on them.

The ASA isolated five brands for breaking the UK’s advertising laws. They were: Vikings Video Slot (NetEnt), Redbet, Multilotto, Unibet and PlayOjo (SkillOnNet). None of those companies were advertising on YouTube, but they were advertising on sites frequented by children. Some 11 sites were found to have 23 unique ads, which appeared over 100 times in total. The biggest violator was Vikings Video Slot, which accounted for nearly half the unique ads, and the majority of the total appearances, according to ASA.

Unibet, which is owned by the Kindred Group, responded to the findings, pushing the blame to their third party advertising providers. Alexander Westrell, group head of communications for Kindred, said:

These rules were announced in February, and at the time they made it clear that enforcement would start at the beginning of April. It’s unclear exactly which two weeks the ASA ran their study, but considering April just started, its likely it was during March. So these operators are more than likely to just get this warning, and then face more serious consequences if the situation is allowed to continue.

They aren’t quite sure how to pull it off, but the next step for the ASA will be to monitor sites that require signup, like Facebook. It will be interesting to see if they go ahead and create fake underage accounts to pursue their enforcement, and if operators will be careless enough to get caught in the act again.